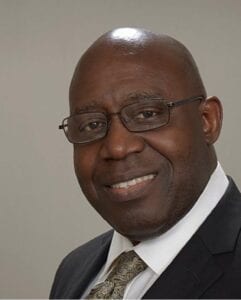 Abraham Adeyeye was raised by Christian parents. His father was orphaned at the age of six, and had to work so as to educate himself in becoming successful.

Abraham Adeyeye grew up seeing his father helping other disadvantaged children to make it and succeed in life.

Being able to see what Christ can do in the lives of those who are often neglected by the society is the passion that often drives Abraham’s outreaches to the homeless, orphans, those struggling with substance abuses and the lonely in our world.

In 1990 that passion took Abraham Adeyeye to the former Soviet Union as a missionary during and after the fall of communism. During those years Abraham served as Campaign Manager and Bible School Director for various Christian Organizations.

Abraham received God’s call to the nations soon after the fall of the former Soviet Union. That call had taken him as a missionary to over twenty one nations across the world so far, in fulfillment of the call of Jesus Christ to every believer in His name (Matthew 28:18-20 and Mark 16:15-18).

With over 350 Churches, orphanages and rehabilitation centers globally (and still growing); Abraham Adeyeye is committed to building up and edifying the body of Christ through Church planting.

Abraham Adeyeye is an affiliate, member and associate with several Christian organizations around the world.

Signup to get ongoing encouragement, prayers, and announcements delivered to your email inbox.