Our Mission to the Shoriya and Ekegussi People groups today 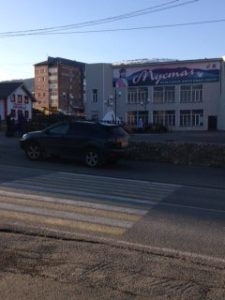 In 1991 we had our first mission outreach to the cities of Novokuznetsk, Tashtagol and Sheregesh.

Sheregesh used to be a community that served the prison workers in the 1990s. But today the seed of the gospel that was sowed is bearing lots of fruit. We started various Bible Study cell groups with the prisoners in the 1990s. Many of them got rehabilitated by the Church to start a new life in the community.

Today most of the rehabilitated ex-prisoners have received pardon from the government, because of what the Lord had been doing in their lives and through them in transforming the communities where they live. Many of them do run various businesses in Sheregesh today, that are boosting the economic developments in the area.

As the economy grows and peoples’ lives are being transformed, the Church grows also. Our first crusade was inside an old cultural center (shown on the above). But today we do have a Church building, missionary center and a hostel for missionaries attached to the Church building. The land was a donation from the city government to the Church, in encouraging the good work that is being done within the community.

The missionary center and hostel today houses many of the drugs and alcoholic rehabilitants, who had finished the program but now on their way home. The Church helps them to get employment within the community, and in starting a new life.

Church growth has helped the Church on the Rock, Sheregesh in starting new Church plants in other villages and towns in the area. ‬‬ 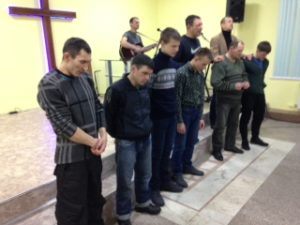 A group of young men who are making a decision, to build up the wall of righteousness against sin at a new Rehabilitation Center in Novokuznetsk

The problem with alcoholism and smoking across Russia today has been drastically reduced, due to government’s enforcement of the laws against them. But drug addiction is a problem that is being fought by the government, with the help of the local Churches across Russia.

Church involvement has really worked in helping those who are really seeking rehabilitation to get help. It is amazing to see that in Russia, the government trusts the Churches to do its job in transforming the communities, and most especially in the fight against drug addictions. That’s what God wants His people to do, and not the government agencies who often do not have the compassion and calling for it.

Rehabilitation centers are scattered around Russia. Many of them are directly affiliated with Churches, who do have volunteers to help the addicts. We visited several of them in Novokuznetsk, Mundibash, Sheregesh and in other towns. Many of the rehabilitated individuals do have the opportunity to either go into the ministry, or they are encouraged to start a new life within the local Church before being released from the program.

The aim is for them to have a strong Christian foundation to stand on, in their family or business lives. Those who desire to get involved fully in ministry are given the opportunities, to either start a rehabilitation center of their own or get enrolled at the Seminary or Bible Schools in the area. 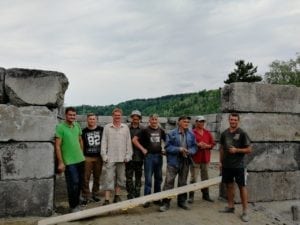 Pastor Eugene and his wife are amazing people of faith, with a great passion for rehabilitating drug addicts and young ladies who had either been abused in a relationship or had been lured into prostitution gangs.

The ladies do run a farm of their own with cows, pigs and horses. They grow maize, potatoes, vegetables and much more. Their cows supplies milk to the Municipality. They also run a bakery and pastries store within the Center. Their bakery happens to be the only place in town to get fresh bread and pastries. 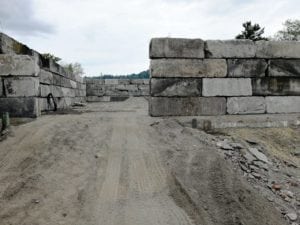 At the moment the men in the Rehabilitation Center often help the ladies on the farm also. This has really helped in strengthening the local Church. These men and ladies do have big plans for Mundibash. They are building a restaurant and hotel, to serve the tourist community who often go to Skiing at Sheregesh in winter. Please, pray along with them about this project. 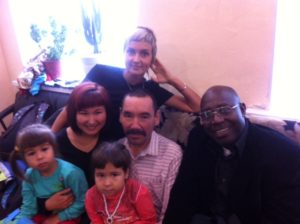 This is a Shoriya family from Sheregesh, Kemerovo Region in Russia. There are Church plants also in Tashtagol and Temir-Tay.

Bible Vision International Ministries in the past had been involved, in taking the gospel to the Shoriya people of Kemerovo Region, Russia. The preaching of the gospel has transformed the lives of this people group.

Today, the community has become the economic engine that is driving the tourism business in the region.

In the words of the Mayor of the City of Sheregesh, “…the evangelization of our region by Christians has brought light and hope to our people. We were once in darkness, but light has now shown…”

Bible Vision International Ministries had worked in the past, in getting  the gospel of Saint Luke translated into the Shoriya language, together with our friends and partners from the Scandinavia (Vision Norge). The translation of the New Testament is today a task that the new generation of Shoriya believers has taken upon themselves.

Please, continue in prayer for them:

New piece of land for Altai that is now under renovation

One of our mission in the Republic of Altai is the evangelization of the region. We are working with Russian Evangelical Groups in reaching the unreached people groups within the republic with the good news of Jesus.
The key to revival in every nation, tribe or people is in the hands of the nationals. Bible Vision International Ministries always works with the nationals of every nation to see revival in their nations.
Recently a piece of land was purchased in the town of Kosh – Agach. We are in the process of erecting a structure on the land for a Bible School in the region for the Christians in Altai Republic.
The people of Altai needs their own nationals to pastor their own churches. Bible Vision International Ministries is committed to helping them, in seeing the vision that The Lord has given them for their people come to pass.
The effects of the practices of Buddhism and Shamanism in the republic on the local new believers makes this important. Many often live with the superstitious beliefs from these religions, even after being saved.
They do need their own people to pastor and disciple them. The new Bible School will be training local ministers of the gospel, so as to help the new believers to stay away from these local idols.
Pray for the work of The Lord in the Altai Republic.
JESUS IS BEING EXALTED IN THE ALTAI REPUBLIC 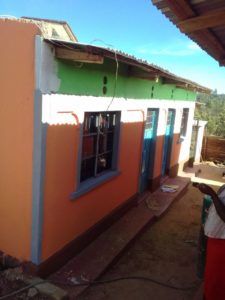 This is part of the newly opened orphanage at Enamba, Kenya.

The Lord has been doing wonderful things in the Kisii region of Kenya. The new orphanage at Enamba with 26 orphans is now open.

A new Church plant has started at the location. The locals are very receptive of the gospel being preached among them. There had been many outreaches in the past to the area, but without a Church plant.

We also intend to continue working with the orphanage and local churches in the region.

Please, pray for the local Pastor and his family who are taking care of these children, even as they also pastor the local Church in the community.

Please, click on the button below for more Kenyan updates.

Signup to get ongoing encouragement, prayers, and announcements delivered to your email inbox.