It’s all about Spiritual Fruitfulness 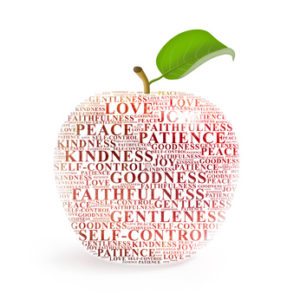 Apple representing the fruit of the Holy Spirit.

IT’S ALL ABOUT SPIRITUAL FRUITFULNESS

It is rather appalling to often have to observe Christians, who in the simplicity of their minds, do try to deemphasize biblical fruitfulness, without any scriptural basis for it at all. By quantifying spiritual fruitfulness with the same parameter, that the unsaved world uses to measure itself; they actually are assaulting the efficacy of the authority in God’s word to their own detriment.
Spiritual fruitfulness has to do with the quality of the life of Christ in a believer. It can never and should never be quantified. God is primarily looking for the good quality in our spiritual fruit, as opposed to the quantity in our relationship with the Holy Spirit. He is looking and searching through our hearts, to see the quality of those spiritual fruit, that are being produced out of our relationship with the Holy Spirit.
God is not only Holy and Good, He is also Perfect. Every thing He does in our lives is always perfect. We can’t put His standards and ways, on the same pedestal with that of the social theological scientists of this world (Isaiah 55:8-9). No, God’s way of measuring spiritual fruitfulness, is not and can never be at par with the ways of the world.

Jesus once said:
“A good tree cannot bear bad fruit, and a bad tree cannot bear good fruit. Every tree that does not bear good fruit is cut down and thrown into the fire. Thus, by their fruit you will recognize them.”
‭‭Matthew‬ ‭7:18-20‬ ‭NIV‬‬
A carnally minded Christian will often try to predetermine, the spiritual fruitfulness of a Church congregation, by attempting to quantify the nature of what God is doing in their midst in relations with the size. This is the way the unsaved world around us sees the Kingdom of God.
The unsaved world can only identify with the magnitude, or size in numbers of what they can see; because that is the only tangible thing, that they can relate to about the body of Christ. They are not spiritually enlightened. Spiritual fruitfulness or truth is never comprehensible to them. They do not understand how the Kingdom of God operates at all (1 Corinthians 2:14). As the body of Christ we need to be careful, so as not to be legitimizing the deceptions and lies from the unsaved world amongst ourselves. In their own ignorance the world of social scientists can only use, what they can only relate with in evaluating fruitfulness among us as believers in Christ.
But spiritual fruitfulness can’t be quantified. God is more interested in the quality of our spiritual life, than in the magnitude in size of what we do in the Kingdom, so as to measure our spiritual fruitfulness. He does this through our faithfulness in bearing spiritual fruit to His glory.
In the Parable of talents (see Matthew 25:14-29), the three servants received various amount of talents from the master. One received five talents, another two and the third got one talent. They were all supposed to be fruitful in what they had received.
But the servant with one talent did nothing with what was delivered to him. He was unfaithful and unfruitful. His master could not trust him with anything else in the Kingdom. He lost his only talent to the servant, who used his five talents to gain five more talents.
But in this Parable of Jesus we will see that, the other two servants who were faithful and fruitful entered into the joy of the Lord. But the servant who would not do anything at all, to be fruitful with the only talent, which he had received lost more than that. He was thrown away completely from the presence of his master.
The point here is that the master was not after, the quantity or numbers of talents that anyone of them could make. He was rather after their faithfulness in stewardship to what was given to him. He expected the three servants to be fruitful in what was committed into their hands. If the servant who had one talent, would had done something with what he received; his master knew that he would had made some minimum gains in being fruitful.
There are many who had abandoned the call of God over their lives today; because they thought that the call of God is only about the size, or quantity of what they could do in God’s Kingdom. They had bought into the lie of the devil. God is seeking faithfulness and not quantity in result concerning what He has given us.
The master in that Parable told that servant in judging him:
“So you ought to have deposited my money with the bankers, and at my coming I would have received back my own with interest.”
‭‭Matthew‬ ‭25:27‬ ‭NKJV‬‬
Our faithfulness to the Kingdom of God, is what will yield the spiritual interest for us continually before the Lord. Some in God’s Kingdom are making use of their talents, to get more talents or more fruit. Others will only be found faithful in at least bearing spiritual interests. But all will be able to enter into the joy of the Lord at the end of the age. They will all receive the same deserving reward from the Lord (see Matthew 20:1-16).

FRUITFULNESS IS OF THE LORD

Our ability to bear spiritual fruit in whatsoever, the Lord has committed into our hands is very vital to our spiritual growth. It doesn’t matter how big or little it is. We must do everything to be fruitful in it.
Increase comes from the Lord (Ecclesiastes 9:11). It does not come as a result of how much has been committed into our hands, or how hard working we are in the Kingdom.
Remember God called you to do only what He tells us to do. The work of the Kingdom is not a race with others in the Kingdom. You are not in competition with your fellow Christians. The devil is the one who is making it look like it is a race. He uses the competitive spirit of the unsaved world, to play Christians against one another.
If you truly want to bear spiritual fruit, you will need to first be separated, from those with that competitive spirit of the unsaved world. You can’t grow spiritually while hanging around those who operate in the flesh. They will stifle you out of ministry with that kind of spirit.
But you can always love them from a distance, so as not to allow their toxic spiritual atmosphere, to affect what you are doing in the Kingdom of God. Faithfulness to the call of God is what we are all supposed to be walking in. We are not going to allow the devil, to push us into competing with fellow Christians. That will be evil in the sight of God. We don’t compete with one another; but we are called to be complementing and encouraging one another in each other’s calling.
As we remain faithful to the Lord, by being obedient to Him; He will bring us the increase and cause us to be fruitful. But if we do nothing at all about the call of God to us, that will not be a wise option.
Jesus declared about the consequences of doing nothing at all in the Kingdom:
“Therefore I tell you that the kingdom of God will be taken away from you and given to a people who will produce its fruit.”
‭‭Matthew‬ ‭21:43‬ ‭NIV‬‬
It’s time to wake up and get back to your original calling, and keep yourself focused on the race that you are running before the Lord. Just keep on doing what He tells you to do. And keep on praying and interceding, until you receive a different and new command from Him. You fruitfulness in the Kingdom is closer to you than ever before. Don’t ever let the devil distract you again.

CALLED TO BE FAITHFUL AND FRUITFUL

In the Kingdom of God we are either bearing the bad fruit or the good fruit. Apostle Paul in his letter to the Galatians highlighted the bad fruit, or the fruit of the flesh when he wrote:
“The acts of the flesh are obvious: sexual immorality, impurity and debauchery; idolatry and witchcraft; hatred, discord, jealousy, fits of rage, selfish ambition, dissensions, factions and envy; drunkenness, orgies, and the like. I warn you, as I did before, that those who live like this will not inherit the kingdom of God.”
‭‭Galatians‬ ‭5:19-21‬ ‭NIV‬‬
He then went further in identifying the fruit of the Holy Spirit, or the good fruit in the believer:
“But the fruit of the Spirit is love, joy, peace, forbearance, kindness, goodness, faithfulness, gentleness and self-control. Against such things there is no law.”
‭‭Galatians‬ ‭5:22-23‬ ‭NIV‬‬
There is absolutely nothing here that suggests quantity, in the manifestations of the fruits of both the flesh and of the Holy Spirit. It all has to do with the quality of our spiritual life in Christ Jesus. The Holy Spirit is the One who helps our spirit man in bearing spiritual fruit.
But we need to note here, what led Paul into highlighting these qualities, in both the Spirit led believers, and in the carnally minded believers. He was writing a letter to the Galatians.
We do know that the Galatians had been “bewitched” (Galatians 3:1) in their faith walk, by the teachings of certain Jews who had crept into their midst unnoticed. Paul had to go into spiritual warfare on their behalf, so as to bring them back to what, they had originally received from the Lord.
He told them:
“My dear children, for whom I am again in the pains of childbirth until Christ is formed in you,”
‭‭Galatians‬ ‭4:19‬ ‭NIV‬‬
Paul had to do some intense spiritual warfare, in delivering this Church from the deceptions of the enemy. What was happening among the Galatians, is the same thing that is wrong with the many believers today. We do have many in the Kingdom of God today, who had been saved for a long time; but the flesh is disturbing them from bearing spiritual fruit. And as a result of this, they are not growing into spiritual maturity concerning the things of God’s Kingdom.
In most cases the sociological hypothesis of the unsaved world, has gotten into their mindset. We need to note here that God is not a sociologist, neither is he a psychologist. He does not ascribe to the democratic principles of this unsaved world. God is in fact a Theocrat. Theocracy is the system of government in His Kingdom – where He alone reigns. But He however expects us to bear spiritual fruit out of our relationship with Him.
We can’t afford to let the devil and the unsaved world around us, distract us away from our calling from above. It’s time to get back on track. It is never over until you finish what you had started. Keep on moving and keep yourself focused on the high calling of God to you.
Remember once again that you are not running a race with your fellow Christians. You are not in competition with anybody. We all shall receive the same reward on the last day (read Matthew 20:1-16).
As Jesus said:
“So the last will be first, and the first last. For many are called, but few chosen.”
‭‭Matthew‬ ‭20:16‬ ‭NKJV‬‬
You are chosen and called of God. You are a winner like everyone else! Keep up the good fight of faith.