You can turn the plague into your harvest 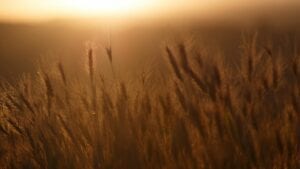 Before the children of Israel were led out of captivity from Egypt into the promised land, there were many plagues that came upon their oppressors in Egypt. God showed His power over Egypt with many signs and wonders, which the magicians of Egypt could not use their tricks to perform.

The hand of the Lord was so heavy upon the Egyptians, to the extent that they finally had to get the Israelites out of their country in a hurry. The hard heartedness of Pharaoh had caused the Egyptians so much troubles and pains. He had repeatedly refused to honor the voice of the Lord, to allow the Israelites to leave Egypt. The consequences of his hard heartedness were the ten plagues that destroyed Egypt.

But in the midst of these ten plagues and the hardships on both the Egyptians and the children of Israel, God made sure that the Israelites increased tremendously in population. And at the end of it all when they were leaving Egypt behind them, He also ensured that they never left empty handed. The Lord had given them specific instruction about, how the wealth of the Egyptians was to come straight into their hands.

As the Bible says:

“Now the children of Israel had done according to the word of Moses, and they had asked from the Egyptians articles of silver, articles of gold, and clothing. And the LORD had given the people favor in the sight of the Egyptians, so that they granted them what they requested. Thus they plundered the Egyptians.”
‭‭Exodus‬ ‭12:35-36‬ ‭NKJV‬‬

This was how they plundered their enemies. They left the land of their hardship in style and with a lot of good things. And if you are experiencing hardship as the coronavirus pandemic or plague continues, you may want to take note of how the Israelites left Egypt behind them. God has a surprise blessing waiting for you at the end of all these. Are you listening for His voice to guide you to your blessing?

All the promises of God are always conditional 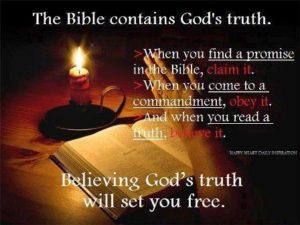 As the Israelites left Egypt their oppressors decided to pursue them, with the aim of enslaving them again. But the Lord defeated the Egyptian army at the Red Sea, causing all of them to drown in the presence of the children of Israel. After this defeat the Most High God decided to reveal Himself to His people, as they moved through the wilderness of Sin. As He revealed Himself to them, they were warned to be very careful about not making the same mistake, that the Egyptians had made by rebelling against their God.

“ .. If you diligently heed the voice of the LORD your God and do what is right in His sight, give ear to His commandments and keep all His statutes, I will put none of the diseases on you which I have brought on the Egyptians. For I am the LORD who heals you.”
‭‭Exodus‬ ‭15:26‬ ‭NKJV‬‬

The ten plagues of the diseases that were brought upon the nation of Egypt by the Lord, completely destroyed the Egyptian economy. They suffered for many years to recover from it. That’s why the Lord was warning His people here also, to be very careful not to rebel against Him. Otherwise they would face the same fate as the Egyptians.

Just as their plundering of the Egyptians was conditional, on their ability to do what Moses commanded them to do. Moses had instructed them to ask the Egyptians for everything, that they took out of Egypt.

The provision of healing and good health during the forty years of wandering in the wilderness, was conditional on their obedience to the commandments and statutes of God.

In the same manner even though healing and good health has already been provided for us, as the New Covenant believers today by Christ Jesus; it is not every believer in Christ who is able to tap into it. There are those who can’t release their faith to receive anything from God. That’s why they are not experiencing the joy of salvation, deliverance and prosperity.

In the scriptures provisions has been made by God for everything that you need to be successful on the earth (2 Peter 1:3). And by looking at the scripture texts for each promise, a good believer will be able to identify the condition that goes with the promise. He will however have to do everything possible in fulfilling that condition, because he knows that the promise is directly connected with it.

God revealed Himself in the above scripture text (Exodus 15:26) as the Healer – Jehovah-Rapha. He had earlier revealed Himself to the Israelites in Egypt as the I AM. But now their act of obedience to His voice was to bring them into a greater revelation, of who He is as the Healer. There is always a greater revelation from the Lord, that comes to every child of God who fulfills the condition for any of His promises.

So by revealing Himself as the Healer – Jehovah-Rapha, God made provision available for the restoration of fellowship with Him, to those who had been rebellious towards Him. If they will return back to Him in repentance, they will be forgiven and healed. This merciful and forgiving nature of God has never changed. He is the compassionate Father.

Let the Father discipline you 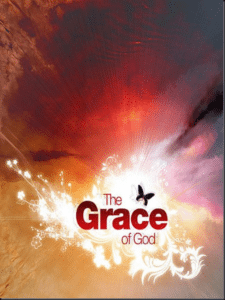 This very spiritual principle is still applicable to us as Bible believers today. When as the New Covenant believers we are obeying God’s voice to us, there is a blessing waiting for us at the end of our act of obedience. But whenever as Christians we choose to compromise the commandments and statutes of God, by fulfilling the lusts of the uncrucified flesh, then His wrath should never come to us as a surprise.

Even an earthly child knows that there are consequences for disobeying the parents. If we do acknowledge God as our Father, then we should be prepared for His rebukes and disciplining. But our God is merciful and gracious. His wrath or anger is never for ever. He is the One who had said:

“And you have forgotten the exhortation which speaks to you as to sons: “My son, do not despise the chastening of the LORD, Nor be discouraged when you are rebuked by Him; For whom the LORD loves He chastens, And scourges every son whom He receives.” If you endure chastening, God deals with you as with sons; for what son is there whom a father does not chasten? But if you are without chastening, of which all have become partakers, then you are illegitimate and not sons.”
‭‭Hebrews‬ ‭12:5-8‬ ‭NKJV‬‬

When God is correcting us as His children, He is in fact disciplining us to be better, and much more effective in bringing Him the glory. And the disciplining of God produces His righteousness in our lives. This is what positions us for His blessing.

And if as a child of God you are not being disciplined in the midst of what is going on right now in the world, you’re actually telling God that you are an illegitimate child. But for those who are taking His rebukes and corrections, there is a blessing waiting for you at the end of the tunnel. Just continue to follow the Light.

Don’t be strong in your abilities, but rather in the Lord 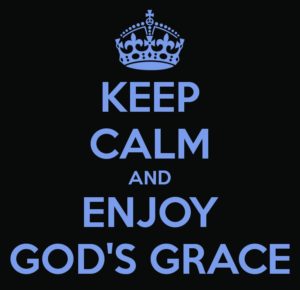 God definitely has greater blessing awaiting, those who are keeping the faith in their Everlasting Covenant with Him, in the midst of what is going on right now around the world. There are some who may had let down their guard, to entertain the various forms of temptations to sin from the devil. But the goodness (Hesed) of the Most High God, can never elude those who are steadfastly looking up to Him. His eye is on those who steadfastly put their trust in Him.

God is always faithful to those whose eyes are steadfastly on Him. Job (the Bible made us to realize) faced all types of temptations to deny God, in the midst of the darkness that confronted him. His wife told him to curse God and die. His most trusted friends came to him with all types of opinions and suggestions, which were all turned down by the time Job finally heard God’s voice.

Remember that the devil will always find something, for any child of God who is idle doing nothing. As the lockdown is going on around the world right now, many are idle and looking for something to do. And the devil has something to occupy them with, so as to entice them away from the face of the Lord. Will you give way to the devil? Or are you going to just shut him off completely? An idle mind and hand is the company that the enemy is looking for.

This however is the moment when your renewed imaginative mind, can be engaged to give birth to new innovations through your hands. As you are renewing your mind with the word of God, the Holy Spirit will be dropping ideas and dreams into your heart. Don’t let those ideas and dreams just go away. Start doing something about them now. It may be the things that will eventually get you into your blessing.

History has taught us that the greatest innovations of the world, are given birth to in the midst of wars and pandemics, like the one that the world is experiencing right now. What you are doing now, can lead you into discovering new things, that will be turned into a blessing for the whole world. Use your imagination in a creative manner for new things.

Spend time praying in the spirit and in the understanding, until God’s Spirit will birth something in you. Don’t also forget that this is the moment, when the devil is also seeking to exploit in destroying your faith and your life. You must be prepared to fight him back with God’s spoken words from your lips.

If the world and the people around you are pushing you to do anything, in violating your Covenant oath with God, or with your local Church or with your spouse during the time of this pandemic. You need to be aware that they are actually setting you up for failure in God. Don’t give in to temptations.

You must be prepared to resist the devil (James 4:7 and Ephesians 6:11). If you’re not resisting the devil, he will never leave you alone. But if you’re persistent in resisting him, he will eventually flee from you. This is the moment when your faith has to be unyielding. This is also how you are going to come out stronger than ever before, in preparation for the blessing and the harvest in front of you. You have no time to be occupied with the darkness of this world and its deceitfulness.

As the Prophet Hosea said:

“In two or three days
he (the Lord) will heal us (the nations)
and restore our strength
that we may live with him.
Let’s do our best
to know the Lord.
His coming is as certain
as the morning sun;
he will refresh us like rain
renewing the earth
in the springtime.”
Hosea 6:2-3 CEV